21 April 2020
Paris, France
Ruben Ibanez, a member of ESI Group Scientific Department, recognized in France and Spain for his work on modelling and simulation

ESI Group, a world player in virtual prototyping software and services for industrials, is pleased to announce that Dr. Ruben Ibanez, Researcher at the chair Create ID hosted by ESI Group and École nationale supérieure d'arts et métiers (ENSAM) and member of the ESI Group Scientific Department, has won the award for best doctoral thesis in computational mechanics in both France and Spain. 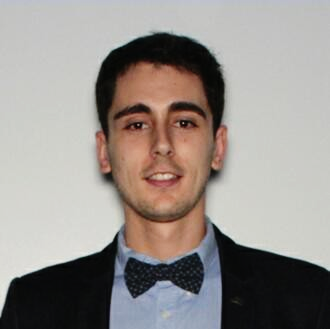 These rare awards attest to the talent and excellence of Ruben Ibanez and of the research he has conducted. His work is advancing the development of the hybrid paradigm that combines physics-based models with data-driven models, the latter in turn making the data "smarter".

Under the direction of Professor Francisco Chinesta, Director of the Scientific Department and Chairman of ESI Group Scientific Committee, and Professor Antonio Huerta, professor at the University of Barcelona and member of the ESI Group Scientific Committee, and with guidance from Dr. Emmanuelle Abisset-Chavanne and Dr. Jean-Louis Duval, Ruben Ibanez was recognized for his work on model-order reduction algorithms based on PGD (Proper Generalized Decomposition) and on artificial intelligence techniques. Both topics lie at the heart of the Hybrid Twin™ concept introduced by ESI that makes it possible to turn simulation into a key decision-making tool and a driver of industrial performance and that also features predictive maintenance that can be configured in real-time.

The Hybrid Twin™ monitors system changes in real-time and offers the possibility to accurately predict individual product specific behavior. Taking two real examples within industries, the Hybrid Twin™ means an average reduction of 30 % in the maintenance and monitoring costs of a wind farm or reducing downtime and maintenance costs of helicopter systems.

"We are proud to see Ruben's work honored. We are dedicated to surrounding ourselves with the greatest scientific minds to move the technology forward and to unleash the potential of simulation. Adding value for the Group's manufacturing clients is the aim of all our projects," notes Professor Francisco Chinesta. "The awarding of two prizes to this thesis is a tremendous form of recognition for the ESI teams who work each day to improve the data-model hybrid paradigm, which has found a practical application in the Hybrid Twin™ concept."