Looking for a replacement for ISOMAG? 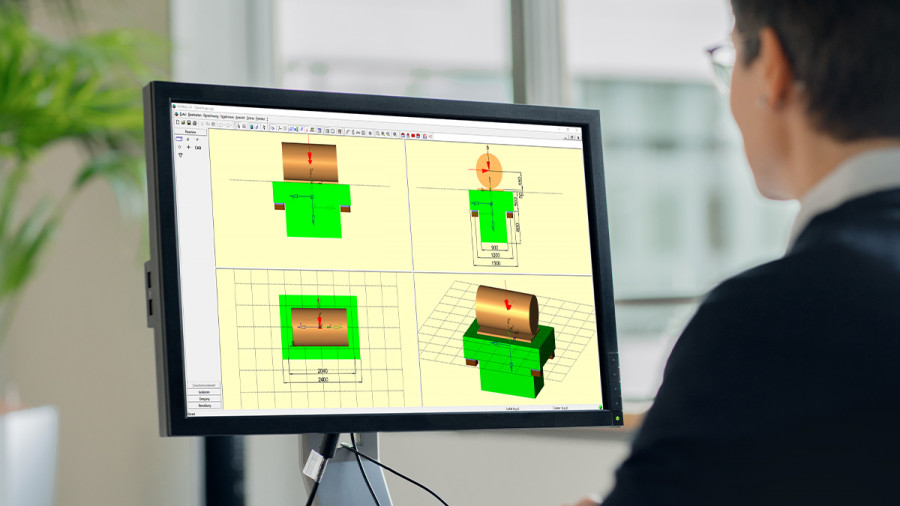 Minimizing vibrations is a top priority for engineers when designing a machine and its mountings. To efficiently solve the complex calculations, engineers have been using the design tool ISOMAG, benefiting from its intuitive, graphical modeling of vibration isolation between machine, foundation and site. Recently, there was a change and ISOMAG is no longer being maintained. Additionally, the program is not compatible with the latest Windows operating system, which is causing major issues for users.

However, are you aware that there is a replacement for you?

I spoke to a fellow system simulation expert, my colleague Torsten Blochwitz, Manager of CoE System Simulation here at ESI, and picked his brain about how this replacement tool, SimulationX. We discuss how it offers a reliable solution for years to come for design and analysis of the vibration-isolated installation of machines and equipment. Keep reading to see what he had to say and to learn more about how simulation can help you.

Alex: Let’s start by going back to the basics. What exactly was ISOMAG?

Torsten: ISOMAG was a software for the design and analysis of the vibration-isolated installation of machines and equipment. It was developed between 1995 and 2013 by ITI GmbH within the framework of several research projects of the German Federal Institute for Occupational Safety and Health (BAuA). ISOMAG allows graphical, interactive, 3D-modeling of vibrating systems as mechanical two-mass oscillators. The static calculation provides the masses and spring centers of gravity of the entire system under static loads, and the calculation of deflections and loads over time is done in the frequency domain, linearized around this operating point. The natural frequencies and vibration modes can also be calculated and visualized. It has been available, free of charge, via download since its release and continues to be popular with engineering firms, vibration isolator manufacturers and others.

Alex: What is the issue with ISOMAG’s compatibility with Windows 10 these days?

Torsten: Unfortunately, it is no longer possible for the BAuA to maintain ISOMAG via research projects, which is why updates have not been available for some time. The correct execution of ISOMAG under current operating system versions has become more and more limited. Report generation has caused problems for a long time now and ISOMAG no longer functions at all with some versions of Windows 10. There are no plans to update or release a new version of ISOMAG.

Alex: So, as a user, what should I do if I need to use ISOMAG with Windows 10?

Torsten: Users who need a modern, future-proof calculation solution are recommended to switch to SimulationX, a system simulation tool from the same developer as ISOMAG. This simulation tool offers a similar look and feel to ISOMAG, extended calculation functionalities and maximum flexibility in modeling. Systems are no longer limited to two-mass transducers; geometries can be imported directly from CAD systems; excitations due to mass forces or the dynamic behavior of air springs are modeled directly. SimulationX’s on-board tools, such as Modelica, support, scripting, code export, import and export of data open completely new applications.

Alex: There is typically a learning curve when switching from one tool to another. How difficult is it to learn SimulationX coming from ISOMAG?

Torsten: The flexibility for modeling, simulating and analyzing vibration isolation systems is significantly higher with SimulationX, which also brings with it some changes to the workflow. To help the ISOMAG user quickly adapt to the new workflow, we have created a dedicated library and scripts to adapt the SimulationX workflow to one the user is more familiar with. This significantly reduces the learning curve. Training and support are also available in order to resolve any doubts and quickly bring the users up to speed.

Alex: Tell us more! How does it work?

Torsten: I think it always helps to look at an example. To begin an analysis, the user opens one of the software’s templates. The template consists of a model of the system and a customizable process for analysis and reporting. Using this template, the user can calculate systems with up to 10 isolation levels. The number of isolation levels to consider in the calculation is easily set by changing a single parameter in the settings.

Each isolation level can be represented by one or more masses. The user choses the position and representation of each mass from a selection of standard geometries, STL import, or a given inertia tensor. Each isolation level is mounted with isolators at the base or at the previous isolation level. The user can select up to 10 separate isolators for mounting each level. In addition to isolators, the user has the option to add stoppers. Masses can be initialized at preset position and orientation or in equilibrium.

Excitations can be applied as forces or torques at the body or the foundation (ground). Multiple studies can be carried out calculating results such as the center of gravity (COG) – in different reference frames – inertia tensors, spring deflections and deflections of the COG for the system at rest. This can all be calculated under a constant acceleration or while excited by a freely definable displacement or acceleration.

Alex: Does a user need special programming skills to generate a nice report?

Torsten: No. The automatic reporting uses Python code in the background to connect the calculation results to Microsoft Word templates that are editable by the user. Thus, each user can easily customize the automatic report generation without knowledge of Python programming.

Alex: What support resources are available to help an ISOMAG user familiarize themself with design and analysis of vibration-isolated installation in SimulationX?

Torsten: There is a dedicated model library, including scripts (shown above) that help an ISOMAG user quickly adapt to SimulationX and take advantage of the increased flexibility for modeling, simulating and analyzing vibration isolation systems. Migrating to SimulationX for the design and analysis of vibration-isolated installation of machines and equipment puts your company’s processes on the firm foundation of an established, commercially supported software. By the way, I’ve uploaded a short video (below) on isolation calculation and report generation process using SimulationX.

I personally invite anyone who has questions on the migration, how to get started or simply want more information to engage with me, Alex, on LinkedIn or request a demonstration via the SimulationX product page! Also, if you are interested in learning more about vibration and how simulation software helps you ensure operational safety and comfort, register for my upcoming webinar. 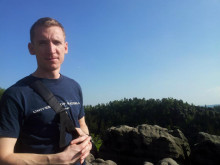 Alex Magdanz began his career in the field of systems modeling in 2008. In 2012 he joined ITI GmbH (acquired by ESI Group in 2016) as a thermodynamics engineer. Throughout the last ten years he has held positions as an Application Engineer, Sales Manager for SimulationX, and Domain Leader for Systems Engineering at ESI. He now manages the Systems Customer Experience team, providing support, engineering services and presales globally for customers of SimulationX. He holds degrees in Systems Design Engineering from the University of Waterloo and an MBA from IESE Business School.