How Do the World’s Largest Flags Actually Fly?

Flags are designed to display a message. 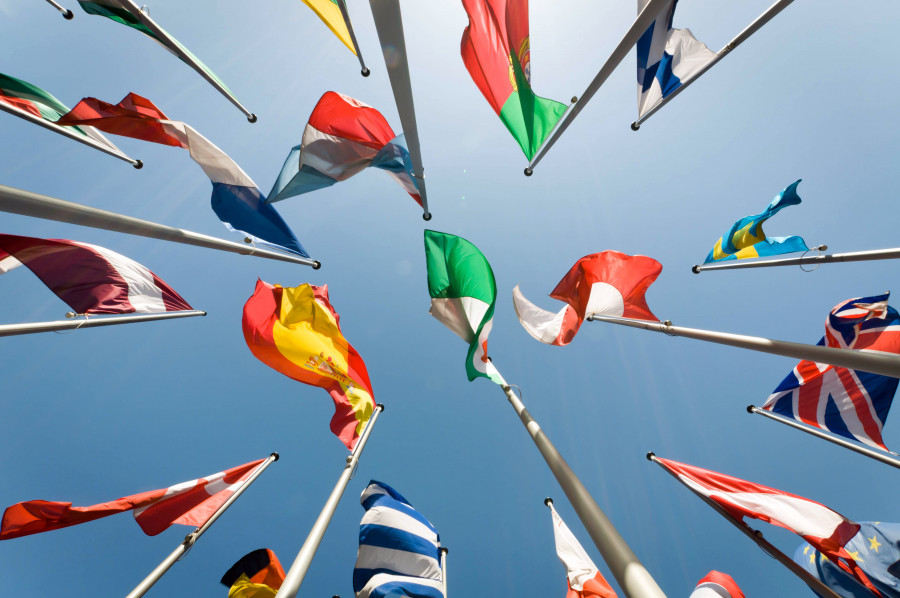 Do you ever see an enormously large flag and think to yourself, “how does that flag actually fly?”. Ok, maybe you don’t – but I bet you do ask yourself how you can save money and time on building lightweight structures.

Discover eight of the world’s tallest flags and how wind velocity exposure affects flying performance. It is essential that the flag, pole and attachments are designed to ensure optimum display and safe performance in varying natural winds. These studies, performed by SL Rasch, can help save time, energy and cost when deciding how to build similar extraordinary and lightweight structures in the future.

Ever-increasingly large flags require even heavier, more tear-resistant fabrics, but nevertheless should present as consistently flying even under moderate winds.

In a pilot study, SL-Rasch chose to simulate the behavior of a tall flag at scale 1:3 to determine the design requirements for the fabric´s tensile strength and weight, its attachments, and the flag pole dimensions to guarantee the effective and safe performance of such tall flags both at low and high average wind speeds.

The challenge was for SL Rasch to represent numerically the sustained motion of the flexible fabric, waving in the air under different average horizontal wind velocities, and over sufficiently large time intervals for statistical relevance.

Fluid-Structure Interaction (FSI) simulations – coupling Computational Fluid Dynamics (CFD) and Computational Structural Dynamics (CSD), make it possible to track the complex waving motions of the flexible fabric in the winds and the stresses in the fabric, as well as the flag pole’s bending moments caused by the horizontal drag forces from the flag.

The safe average wind speed before bringing the flag down was assumed to be 30m/s at a height of 150m. Using ESI’s Virtual Performance Solution and CFD codes in coupled FSI mode, produced the time snapshots at 30m/s average wind speed shown below.

The lowest average wind speed under which the flag still displays its message was determined in subsequent simulations under decreasing wind velocities.

The results suggest that the flag will no longer display its message at wind speeds below about 5m/s.

Eberhard Haug is one of the founding members of ESI Group, the well known virtual prototyping company, where he held the position of Scientific Director. He is now retired and acts as a consultant.

Eberhard Haug graduated in 1964 from the University of Stuttgart (W.G.) in Civil Engineering. In 1972 he earned his Ph.D. degree in Structural Engineering at the University of California, Berkeley, where he wrote a program for the large displacement finite element analysis of lightweight structures. He was a Research Associate at the University of Stuttgart with Professors Frei Otto (1965-67 and 1972-73) and J. Argyris (1972). At ESI since 1973 he was the driving force behind the development of various non-linear FE analyses programs and material model developments and he is the principal inceptor of the world's premier crash, occupant safety and stamping simulation codes. His recent computational developments focussed on biomechanics and on meshless methods. He has published many papers on the theory and industrial application of modern numerical simulation techniques. His recent consulting activities include the wind simulation of lightweight structures.