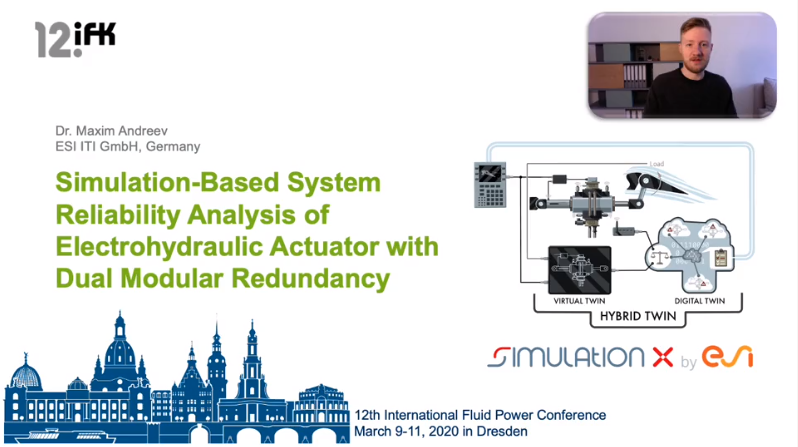 Taking an electro-hydraulic actuator in the aerospace industry as an example, Dr. Maxim Andreev from ESI Group spoke at the 12th International Fluid Power Conference, 2020 in Dresden, Germany, about using the Hybrid Twin™ concept for fault detection and impact analysis. ESI's Hybrid Twin™ concept is based on a combination of a virtual twin, which operates in parallel with the actuator and represents its nominal behavior, and a digital twin, which is based on real sensor data and identifies faults. Simulation-based analysis of system reliability helps generate data sets to train the digital twin based on machine learning algorithms.