ESI Group, a world player in virtual prototyping software and services for industrials, is joining Folding@Home project in the United States, making the computing power of its servers available to accelerate research on the prevention and treatment of COVID-19. 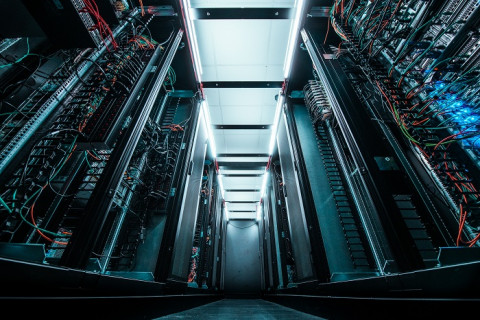 Launched 20 years ago at Stanford University, Folding@Home (FaH) is a distributed computing project for performing molecular dynamics simulations of protein dynamics. Its initial focus was on protein folding but has shifted to more biomedical problems, such as Alzheimer's disease, cancer, COVID-19, and Ebola.

Folding@Home uses computer simulation to predict the dynamics of diseases like COVID-19 and understand the proteins’ moving parts thanks to 3D modeling. Watching how the atoms in a protein related to the virus move relative to one another is important because it captures valuable information that is inaccessible by any other means.
This project runs on the unused computing power of computers, phones and formerly PS3s from thousands of thousands of volunteers, both individuals and corporates.

ESI Group joined in March 2020 the fight to defeat COVID-19, combining their high-performance CPU and Graphics computing power with the Folding@Home network which is now pushing out an impressive 470 PetaFLOPS of raw compute power. Contributing to this project has provided an amazing look at the power of collaboration since the Folding@Home overall computational power now dwarfs the IBM SUMMIT supercomputer, considered as the fastest in the world, capable of 200 petaFLOPS, i.e. 1.88 billion calculations per second.

Taking the experimental structures as starting points, scientists and engineers can simulate how all the atoms in the protein move, effectively filling in the rest of the game that experiments miss. This can reveal new opportunities – new ways to render the virus ineffective and powerless against human immune systems.

One solution can be used to increase and accelerate simulations: multiply the computing power by using thousands of computers around the world. ESI Group is actively involved in this dynamic.
Folding@Home reports that it has seen a 1,200% increase in contributors, with Bitcoin miners also joining the fight, and over 400,000 new volunteers joining over the last two weeks.

James Hartley, North America IT Manager underlines: “We have truly embodied the values within ESI’s culture of passion, social responsibility and energy to bring this initiative to fruition, working together with our team in France to realign and support the efforts”