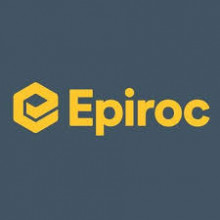 The project proved that ESI’s VA One is capable of accurately predicting the vibro acoustic performance of complex designs allowing design engineers to refine proposals before committing to expensive prototypes.

Epiroc, a world-leading provider of sustainable productivity solutions focusing on the manufacturing, mining, and construction industries, produces drill rigs for surface and underground mining applications (Fig.1). The noise radiated from one of these drill rig’s power generator is of particular concern in environments where operators work in close proximity to the mining equipment. To meet internal noise level targets, absorbent materials are used to encapsulate the engine and reduce noise radiation.

The diesel engine used as the power source is a key contributor to radiated noise from drill rigs. An effective encapsulation of the engine (source) reduces noise, which contributes to the operators’ comfort, results in higher productivity, and meets upcoming noise regulations. The design team at Epiroc assessed the performance of different engine encapsulation variants early in the design cycle in order to identify optimal acoustic performance based on cost, weight, and noise reduction. Another objective was to achieve faster design turnaround times.

Initially, they analyzed the acoustic performance of component sets, such as the engine cooler and accompanying baffle. Physical prototypes were tested to understand energy transmission from the engine, through the baffle, and to the cooler. Testing was time-consuming and expensive due to the countless measurements required and the string of physical prototypes needed to evaluate each new improvement. Another concern was that results were not available until late in the design cycle, when design changes are costly and difficult to implement, as overall design parameters are already set.

SEA is a proven methodology for the assessment of high frequency acoustic behavior. The methodology offers a fast and effective means of simulating high frequency acoustic phenomena by modeling the transfer of energy in coupled subsystems, which can be resolved using power equilibrium equations. The SEA and measurement validation identified the existing baffle as a particular weak transmission path, that rather than constrained through measurements in the SEA model needed to be modeled using HYBRID modeling. It was found that the use of PEM was needed to model the Transmission Loss (TL) of the baffle correctly in the low frequency region (Fig. 2).

The use of Hybrid modeling allowed designers to assess performance characteristics of the weakest link in the engine encapsulation (i.e. the baffle unit) and identify optimal design performance early in the design cycle (Fig. 3).

In summary, the use of ESI’s VA One allowed Epiroc a more flexible approach than traditional engineering ever could. Complex systems were modeled based on existing measurements and databases, which allowed design engineers to identify cost effective solutions to meet performance targets. Furthermore, the study showed that work could be performed early in the design cycle along with other aspects of acoustic design without ever needing a physical prototype, based on the fact that the physical units are correctly understood. It is essential to model what is measured or validated in the end, even though it might sound simple.

Epiroc, previously part of the Atlas Copco Group, a 147-year old start-up, is a leading global productivity partner for the mining and infrastructure industries. With ground-breaking technology, we develop and produce innovative, safe, and sustainable drill rigs, rock excavation, and construction equipment, and tools. Epiroc also provides world-class service and solutions for automation and interoperability.

Rocktec, an engineering service division located in Orebro supports the other divisions within Epiroc by offering a variety of technical competencies related to the differing engineering challenges encountered in the mining sector. One such aspect of this support is Noise and Vibration.