How to Make Electric Vehicles Safer and Cheaper? Start by Analyzing the Battery

As the number of EVs on the road continue to grow, so do concerns on how to keep costs low and also, and more importantly, how to keep passengers safe. Read on to see how simulation replaces crash testing in the design of lithium-ion battery packs. 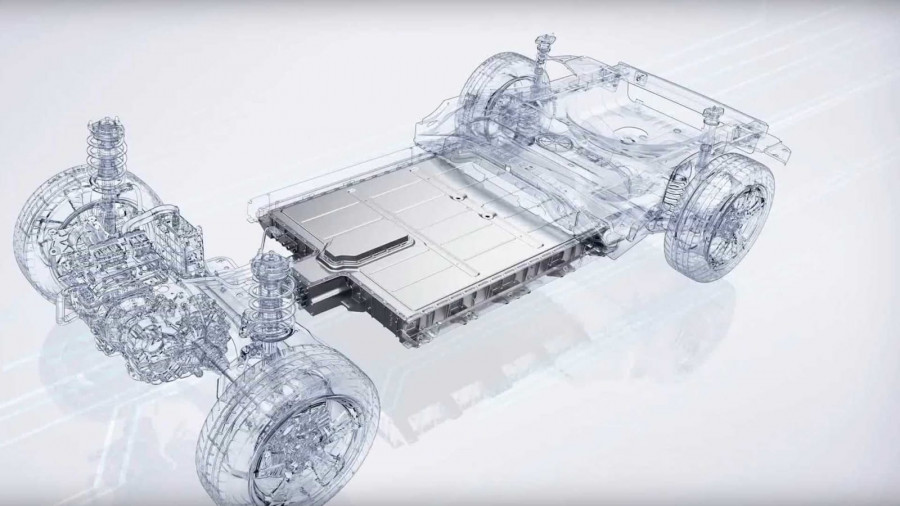 The number of electric and hybrid cars passed 5 million in 2018 and is expected to reach 44 million by 2030, according to a recent International Energy Agency report. A growing proportion of these vehicles (45 percent) were in China, Europe was in second place with 24 percent and the US pulled in third place with 22 percent. The main reason the numbers aren’t higher may be simple economics.

The battery in an electric vehicle is its single most expensive component, says Dr. Peiran Ding, who leads ESI’s software development for EV battery simulations. Replacement of the Li-ion battery pack in a Chevy Bolt battery pack, for example, will cost an estimated $15,000. Tesla’s Model S 60 KW-hour battery is estimated to cost $35,000 in 2017, or over 40 percent of the car’s sticker price. While that price may have gone down after Tesla built its own battery production facility, we expect the cost is still significant.

Clearly, a cheaper battery is needed so that EVs can get into the hands of more drivers.

Most batteries are designed to be solid, with a built-in structure. In contrast, the pouch cell is designed with little structure, which promises a lighter weight, less material, and a 90 to 95 percent packing efficiency.

Most EVs sold in the US have an 8-year warranty on the batteries, and there is considerable interest by the EV car companies to make sure the batteries go the distance so they do not have to replace the batteries early.

Insurance companies are also interested in the integrity of EV Li-ion batteries and who has to pay for replacement costs, as well as cost and damages for injuries, loss of life and property damage resulting from EVs occasionally bursting into flame.

Though catching fire is a rare event for EVs, it gets a lot of media attention when it does occur, casting a long and lasting shadow on EVs. Ironically, gasoline-powered vehicles catch fire an average of 167 times a day in the US alone. Still, 31 percent of the general public worries about the safety of electric cars, according to recent research.

The reasons to replace batteries are mainly battery degradation or a short circuit that causes a thermal runaway.

A lithium-ion battery creates power by its positive lithium ions moving from a cathode through a separator to the anode. The separator is a thin polymer sheet that keeps the positive material from being in direct contact with the negative material. This separator is porous to the liquid electrolyte, however, which allows the lithium ions to pass back and forth as the battery charges and discharges.

A short circuit occurs when the separator fails, and the cathodes and anodes come into direct contact. This generates enough heat to cause a fire in the cell. Fire in one cell can damage the separators in neighboring cells, causing a thermal runaway.

Separator failure can occur after a collision. The separators can tear from excessive deformation, such as the mechanical abuse from a crash or a road hazard.

Separators can also be pierced by dendrite growth inside the cells. Dendrites are microscopic lithium crystals that are thin as hairs and sharp as needles, and which grow from the anode during overcharging a lithium-ion battery.

Excessive temperature, such as from a fire, can melt or collapse the separators. All these failure mechanisms will cause a thermal runaway and lead to smoke, fire, or even an explosion.

Clearly battery and automotive manufacturers need a strategy to increase the safety of EVs – as well as ease the worry of the car-buying public. For Dr. Ding, this is a three-pronged approach:

To protect the consumer, government agencies have mandated minimum safety standards for EV battery cells, packs and whole vehicles with several test criteria, including external short circuits, abnormal charge, forced discharge, shock and vibration and temperature cycling. Depending on the governing agency—such as the UN, IEC or ISO—there could be additional criterium for impact, crushing, heating, drop and more.

An EV’s battery is huge. A Tesla Model S, at 4,800 lbs. (2,200 kg) is one heavy car. By comparison, a Mercedes E350 is only 3,800 lbs. The difference is almost entirely the 1,200 lbs. battery. Slung underneath the vehicle, the weight makes for good stability, but the Tesla Model S has to bolt on a titanium shield to protect it against road hazards. Without protection, a rock, curb stone or debris could penetrate into the battery cells and cause a thermal runaway; however, the extra shielding makes the car even heavier. The car also needs additional structure to absorb impact, and heavy batteries means heavy-duty connection to the frame. This leads to extra weight, which in turn means the battery has to get bigger. It’s a vicious circle.

EV battery simulation occurs at scales as small as the physics of ions and the growth of dendrites. It occurs on the scale of cell components and is understood by the science of continuum mechanics and fracture mechanics. A structural analysis of the battery cell, modules and pack, can be done with finite elements on the macro scale. The whole vehicle’s crash-worthiness usually takes place at a system scale.

The mechanical behavior of a battery pack or module, such as the displacement, stress and strain, depends on the mechanical behavior of its constitutional battery cells. This, in turn, depends on the behavior of the components of the cells—the anodes, separators, cathodes and plastic film. However, the number of elements required to have accurate cell model behavior could be in the millions. Modeling all the cells that exist in a battery pack or module with the same size of elements would result in hundreds of millions, or even billions of elements.

“Even supercomputers can’t handle that size of a model,” says Dr. Ding.

In order to overcome this challenge, experts from China’s Tsinghua University and ESI have been collaborating to develop a method that would define a mechanical property of a single battery cell as an average of the properties of all of the components in the cell. Researchers at Tsinghua are currently calibrating the numerical method with test data. Homogenized cell modeling would bring down the size of the finite element model to where it could fit in available computer resources.

Farasis: No Cars Were Hurt in Our Testing

Farasis Energy, a Chinese-American lithium-ion battery developer, had secured $1 billion in financing and was looking for customers. This search led them to a German automotive OEM. Farasis used ESI’s Virtual Performance Solution (VPS) to determine the behavior of the battery in vibration and in-vehicle crash situations. They used no physical prototypes, only digital prototypes, and it was a technical knockout. The OEM was impressed. No crash-test dummies, cars or batteries were hurt in the process. Farasis will be building a $660 million battery production facility in eastern Germany to produce lithium-ion batteries for the German automotive OEM.

“Halfway through the bidding process, the manufacturer actually decided to remove the physical prototype altogether – they would base their decision based on the virtual prototype only,” said Dr. Matt Klein, Advanced R&D Director at Farasis Energy.

The crash tests that the Farasis battery had to withstand were brutal. Among them, the battery and vehicle had to survive a side impact with a pole. They had also to pass frequency and resonance tests, as well as shock in all directions. These tests are required by various national government agencies. A single battery model can thus be assessed in the statics, dynamic or vibration physics domain with ESI Virtual Performance Solution. This enables efficient iteration on casing geometry and materials, joint number and location to ensure a lean and lightweight battery design.

“The ability to build a single finite element model for crush, shock, vibration and swelling, led to a highly efficient workflow and ultimately a cost-effective solution for Farasis,” says Dr. Ding.

A simulation of a lithium battery system, like that shown above, illustrates how the inside a lithium-ion battery cell is a honeycomb structure, which by its nature is stiff along one axis (longitudinal) and less stiff along the other axes. A metal thermal fin conducts heat to the outside of the battery module.

The simulation moves up to an analysis of the battery module which calls for a finite element model with 1.5 million solid and shell elements anywhere from 1 to 4 mm in size.

The simulation is only possible because averaging the mechanical properties and materials over a cell allows for a much smaller, more manageable and solvable model of 10,000 solid hexahedral elements per cell.

The simulation models the way the cells are packed into a 23-inch long battery module, which is used to model the module being rammed by a virtual pole against what would be the front and side directions of the vehicle.

The battery module is subjected to a 60G, 14 ms shock in all directions to make sure it will not break from its mounting points or suffer internal damage.

In order to overcome this challenge, ESI is leading a work package on AI-based design for crash in the frame of the Upscale project, which involved car manufacturers like Volkswagen and CRF, tests centers and universities. The objective of the Upscale project (Upscaling Product development Simulation Capabilities exploiting Artificial Intelligence for Electrified Vehicles) is to apply AI-methods to reduce the development time (20%) and increase the performance of electric vehicles (EVs).

A realistic kinematic load database will be built based on vehicle load cases from regulations to ensure suitable training data. A detailed cell model will be used for linking the load cases with stiffness and internal failure risk. Its results will enable to build a reduced model of the cell with AI. The reduced model will then be validated on full car crash simulations.

ESI has done considerable research in multiscaling, where equivalent material properties are applied to structurally complex structures of a lesser scale. Macroscale methods are key to solving battery module and pack models in the time available – or solving them at all. ESI’s intent, achieved after much simulation and validation, is to make sure multiscaling is done accurately. Their reputation in the realm of crash testing depends on it.

To learn more, visit the Future of Mobility 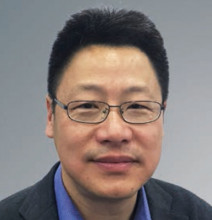 He has over twenty years of experience in CAE, working closely with automotive OEMs and suppliers. He leads developing methodologies for applications, which are used today by many customers.