A revolutionary way of combining physics- and data-based models 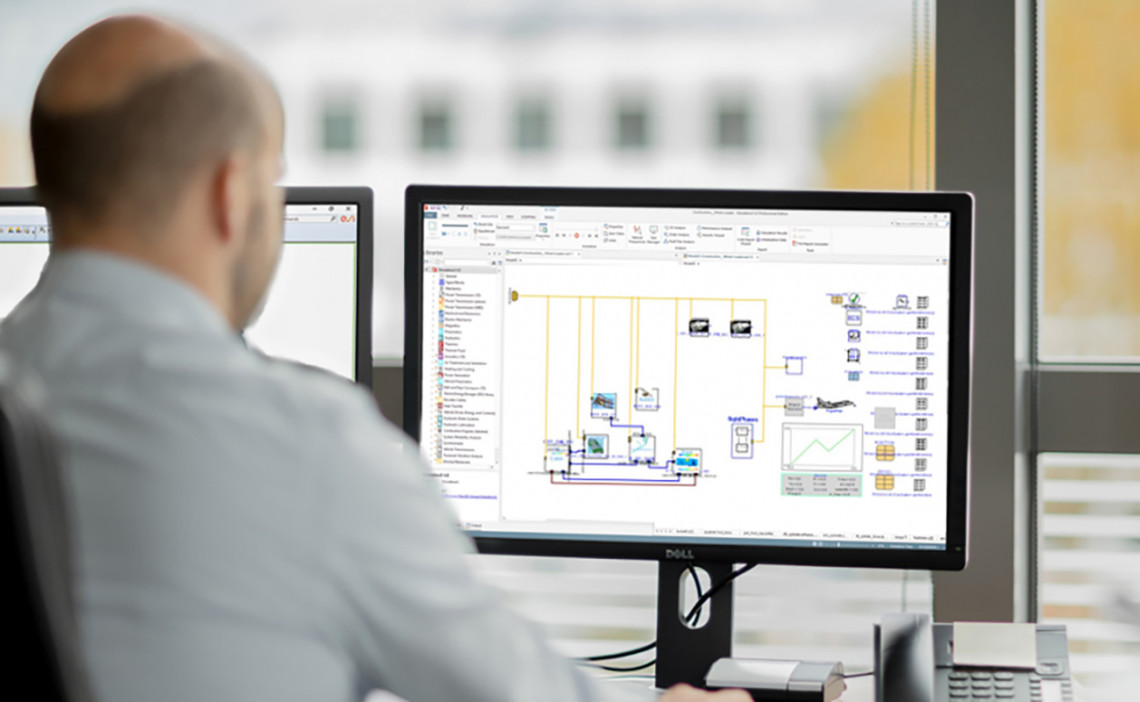 The aeronautic industry is banking on the fact that its digital transformation will lead them to more sustainable, greener, and leaner processes. In past years, the concept of the Digital Twin has spread across all industrial sectors. Using advanced machine learning and artificial intelligence for analyzing data collected by sensors and/or historical data, Digital Twins serve as a digital counterpart that mirrors the “health” of real products, while they are in operation. They can be used for monitoring and diagnosis to optimize asset performance and utilization in an attempt to control or reduce operational costs.

If Digital Twins provide valuable performance-related insights for operators and operating companies, they could bring even more value if they were connected to the existing product data originated during product development, and particularly, when you think of the data related to physics, that engineers use to thoroughly understand the way products behave. Moreover, their fully data-driven foundation makes it difficult to use them when addressing prognostics.

In a recent interview in the French media CAD Magazine, Eric Garrigues, Head of Structural Engineering for Dassault Aviation, details why and how the OEM counts on our Hybrid Twin approach to study flight scenarios and their impact on aircraft aging. In short, since the advent of Mirage 1, Dassault Aviation equips its aircrafts with embedded sensors to assess the structural fatigue of the aircraft after each flight. This leads to two benefits: optimizing maintenance (and reducing operational costs) and balancing out aircraft usage as part of an entire fleet. This is only possible thanks to a hybrid approach, combining smart sensor data collected from real-life operations with existing, realistic physics-based models of the aircraft’s structure.

ESI Group recently contributed to the Man-Machine Teaming project sponsored by the Direction Générale de l’Armement and led by Dassault Aviation and Thales. Working towards the robotization of future aircrafts, ESI was tasked to sustain the development of “Aircraft Twins” – of course, to enable Man and Machine to team up in the best possible way, and to perform diagnostics, prognostics and real-time decision making for predictive or operational maintenance and planning. Another objective specific to this project is to support pilots in making mission-critical decisions in real-time in case sensors are not functioning properly or if aircraft parts show signs of deterioration.

Dassault Aviation and ESI attempted to enrich a theoretical model with experience gained during real flight situations. They used a system model of an aircraft air distribution system (System Simulation Approach) that they enriched with real data collected during hundreds of flights so that they could predict system behavior more accurately than using either theory or practice alone.

Dassault Aviation and ESI compared this theoretical model with actual flight information provided for a “training set”. The discrepancies or “gaps” between both sources, are called “ignorance”. They then worked on training their Hybrid Twin to “fill the gaps” using a particular AI technology called stabilized-DMD (dynamic mode decomposition) and tested its accuracy on a new set of flight data. 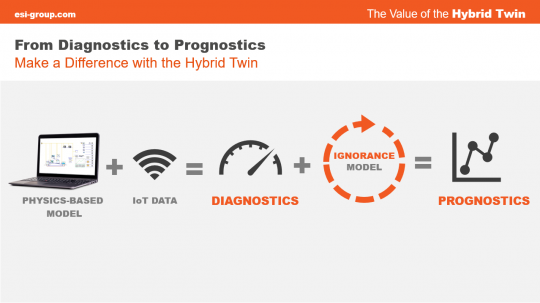 The Hybrid Twin can be summarized in the image above, where the predictions provided by the System Simulation are compared with the sensor data collected; and if a deviation exists, a model of that deviation is created, in the present case offline, by using the advanced machine learning technologies we just mentioned. The deviation is then calculated and added online to the numerical prediction to approach the real data. Even if the deviation model was “learned” by using only a few flights, the Hybrid Twin-based predictions produced excellent predictions (accurate and fast) for more than 200 flights, and the learned model was stable with respect to the noisy data.

The image below proves the excellent prediction that the hybrid modeling approach provides.

Watch ESI LIVE 2021 on demand: To learn more about the Hybrid Twin and other ESI technologies, watch a replay of our next global digital event ESI LIVE. The aeronautics track featured Rolls Royce, SAAB AB, and Collins Aerospace among others. 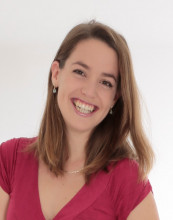 Juliette holds an Engineering degree from Ecole des Mines de Saint-Etienne. She joined ESI France in 2012 as an Advanced Studies Engineer in the Technical Unit for Government & Defense. In this position, she used ESI software to perform mechanical and thermomechanical studies for different customers like EDF and DCNS (now Naval Group).

In 2015, she became DCNS’s technical referent while keeping an operational role for ESI. In this role, she monitored studies and took part in pre-sales activities for her customer.