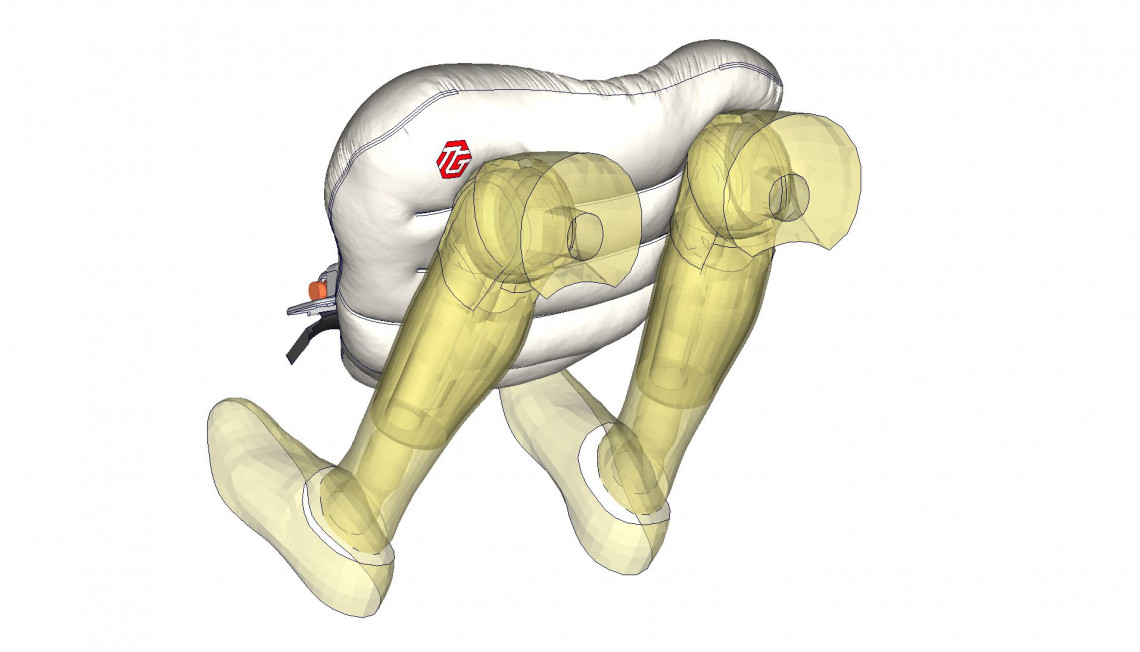 Ever-changing automotive safety regulations constantly put pressure on suppliers to build better products within shorter lead times. For Toyoda Gosei Europe (TGE), faced with the challenge of shortening the lead time to build Complex Folded Knee Airbag models (KnAB), they turned to Virtual Prototyping to optimize their airbag. This virtual prototype had to account for manufacturing by virtually modeling the airbag’s folding and sewing processes.

Initially, TGE was creating their models using various simulation codes, which resulted in long lead times because they had to conduct iterations with code modifications and model exchanges. Additionally, they were not using the same tools as their colleagues overseas and therefore had to deal with time-consuming communication and multiple data exchange.

Using ESI Virtual Performance Solution (VPS), TGE built a detailed KnAB model with high accuracy and in less time, accounting for the airbag folding process. They were able to provide their customer with predictable simulation models for various types of crash simulations, even for Out-of-position (OOP) scenarios. Additionally, TGE investigated the robustness of the complete KnAB module as well as the robustness of single parts within the KnAB assembly early in the developmental state. This level of prediction of the simulation model has been the basis for several product decisions and improvements at TGE since the deployment of VPS.

Proven by CT scans, the accuracy of the models exhibits the high-quality achieved by the newly implemented modeling process and confirms the capabilities of VPS. Besides reducing their costs – by limiting the number of physical prototypes, increasing the accuracy of their models, and by implementing a new assembly procedure – using the VPS airbag module allowed TGE to cut the time needed to build complex folded KnAB by half, while at the same time increasing the quality of their product. The team can now allocate more time to tasks that are important to their customers rather than struggling to exchange data between departments or countries.

Natasha Baccari began her career with ESI in 2014, gaining unparalleled experience in the Virtual Prototyping space, while also establishing herself as a respected voice in the industry. As a content writer, Natasha is known for her expertise in taking technical facts and turning them into an easy-to-read story. When she isn’t writing success stories, she is focused on creating engaging content for the company’s website, blog and collaterals. While her writing currently focuses on software, Natasha started her career in medical writing when she published her own medical magazine for the public.