Transitioning to Foundry 4.0 is Easier Than You Think

If your customer called on you today to increase the production of a part, at a lower price per part, would you be prepared? It’s a nice thought to believe you would be but believing and being are two very different things. Don’t be left scrambling to keep your business.

‘Smart’ is leading the way and is indisputably the wave of the future, and everything is becoming more automated, connected, and autonomous. The goal is to run businesses with less waste and more efficiency – and with the collection of technologies we currently have at our disposal, that has never been easier.

So why are manufacturers still hesitating to transition to Foundry 4.0? Maybe they are overwhelmed with the opinions of others – who have already made the leap – to do this or that. Or perhaps they are waiting for the concept to become more concrete before investing in overhauling their business.

What if there were a way you could begin the transition with just one tool?

FAR, a company that makes aluminum die castings, had been successfully producing an automotive oil pump on a single cavity die for years until they started to receive pressure from the OEMs to reduce costs. Their response? Two is better than one. They made the transition from a single cavity die to a double cavity die – but not without issue.

Since 1992, FAR has played an active role in the continually evolving and challenging automotive sector, with dedication and innovation. FAR’s commitment to its clientele is to remain a reliable and proactive partner, leveraging the best technologies, offering their expertise in the die casting process, and ensuring close cooperation for better planning and problem-solving. Therefore, when a customer called on FAR to increase production on an automotive oil pump, it was only natural for FAR to seek out the most cutting-edge and effective approach. FAR had been successfully producing this automotive oil pump on a single-cavity die using a Colosio 560 tons die casting machine (DCM). When their customer challenged them to increase production volumes, the apparent thought was to switch to a double cavity die. In doing so, however, they would need to keep costs low while, at the same time, maintaining the same high-quality castings. For that reason, choosing the best DCM was imperative.

The standard approach, using empirical evaluation, showed the necessity to use a 1000t-1200t DCM to produce this oil pump on two cavities – but the challenge for FAR’s technical & management teams was to manage with a smaller, more cost-effective 750t DCM. Also, to meet final quality requirements, FAR elected to use High Vacuum on the double cavity die, sharply decreasing air counterpressure during filling, to prevent gas porosity problems and reduce the injection force. ESI collaborated with its partner ECOTRE Valente SRL to develop a new solution for FAR: a virtualized die casting machine integrated into the ESI ProCAST simulation software. It would account for the hydraulic injection force of the DCM controlling the piston movement during filling, as it would in real-time. The optimized piston speed profile could then be exported from simulation directly onto the DCM PLC system. Ultimately, the simulation allowed FAR to optimize the gating and evacuation system of the double cavity die, making it suitable for the 750t machine. The vacuum system further reduced the required hydraulic injection force. With ProCAST, FAR identified the right DCM to produce a prospective cast part, ultimately decreasing their parts cost by 28%. In addition to this, they save an estimated operational cost of 165k€ per year due to the virtual machine selection of Colosio 750 ton instead of Colosio 1200t machine. 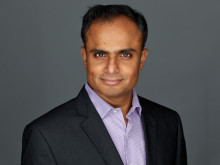 Badarinath Kalkunte is the Market Strategy & Business Development Manager for ESI Group’s casting solutions. He brings with him over 19 years of experience in Manufacturing CAE dedicated to supporting the implementation of casting simulation and integrating it into the design & process development in the casting industries. His early professional years were focused on Failure Mode and Effect Analysis (FMEA) and direct problem solving of casting defects faced during trial & production. He did this work in close collaboration with the production teams within the foundries. His expertise comes from cross-functional roles in technical support, process simulation training, engineering services, the center of excellence, and sales & product marketing. He has a Mechanical Engineering Degree from Bangalore University & Master’s in Manufacturing Management from BITS Pilani.