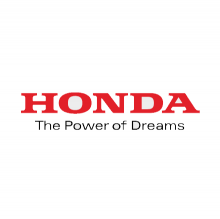 Water impact has a destructive force that is more powerful than expected. In the worst-case scenario, if the strength of the underside of the vehicle body is inadequate and the quantity of splashed water is large, the impact could cause parts on the underside to fail.

Japan was the target market when Honda Motor Co., Ltd. was established back in 1948. Consequently, their cars were built for the road conditions and climate of that country. As they continued their expansion into new markets, including North America, Europe and China, in the 1980s, it was imperative for them to ensure that vehicle attributes such as strength and durability were optimized for the new environments and road conditions.

Honda routinely conducts specific research on the force experienced by different parts of the vehicle body when it receives an impact or hits the ground. Through their research, they have uncovered two main issues with the road conditions experienced in the new markets. The first was “bad road” conditions, which can include anything from potholes and ditches to convex objects. When a car encounters several potholes or even just one large pothole, its body can sustain impacts and in severe cases, the vehicle body can hit the ground. The second major issue they identified was puddles. A Honda engineer explains: “Water impact has a destructive force that is more powerful than expected. In the worst-case scenario, if the strength of the underside of the vehicle body is inadequate and the quantity of splashed water is large, the impact could cause parts on the underside to fail.”

Relying on physical testing is no longer a viable option as the necessary number of tests is large and the cost is prohibitive. Honda, therefore, turned to Virtual Prototyping and Testing, an alternative that allowed them as many tests as necessary to achieve their objectives. Turning to virtual testing, using ESI Virtual Performance Solution (VPS), they were able to study how impact affects the vehicle body by simulating a crash into different obstacles. In particular, they investigated the forces sustained by the vehicle body when it hits water or the ground; analyzing which part of the vehicle body was impacted and how. Here ESI’s solution offered the distinctive advantage of allowing the simulation of the water flow over a deformable car structure.

Going “virtual”, with ESI’s support, has enabled Honda to reduce their trial and development time and to do so without any physical materials. Additionally, and most importantly, they are now able to accurately investigate the three important factors with respect to water impact simulation: motion, deformation and fluid flow. Using ESI VPS they plan to continue their research on the consequences of bad road conditions, water impact, and generally on how to deal with a variety of road conditions and environments

In order to quickly respond and overcome rapid changes in our business environment, we set the direction we will take next and establish it as our vision.