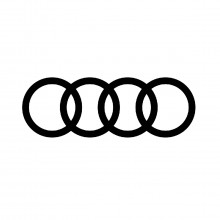 Four or five years ago, I had high discrepancies between physical testing and my simulation results. Nowadays, I am in a very good range: I can do specific simulations in order to validate my models and then really make decisions on how to design the airbags. ESI’s Sim-Folder helps Audi design accurate airbag folding pattern in good timing.

Audi and ESI have been working together for many years on safety simulation in order to efficiently support the development of occupant safety standards in all territories where Audi sells cars. Recently, they have tackled the simulation of Out of Position (OoP) situations, in order to pass the FMVSS* 208 regulation. These simulations help Audi evaluate, early in the development cycle for new vehicles, the physical phenomena of the airbag deployment behavior, and thereby optimize the folding pattern and reduce the number of tests.

OoP testing on the passenger side consists of conducting several tests with dummies representing 3 and 6 year old children. To evaluate the injury criteria, engineers must define and test whether a child seated in the car front passenger side would be injured upon airbag deployment.

For each child dummy, Audi tested two positions with the OoP simulation. First, with the dummy standing in front of the dashboard; second with the dummy seated in front of the dashboard. In both cases, the airbag hits the child during its deployment, hence the airbag folding sequence has to be carefully designed in order to avoid injuries during deployment.

Depending on the airbag, Audi engineers obtained the following results:

The passenger airbag being the most difficult, Audi engineers are currently working on it with ESI. Indeed, it currently takes two weeks to set up, which Audi aims to reduce to one week. The main objective is to complete the full OoP simulation in two days, which is a very competitive calculation time relative to physical tests.

Sim-Folder helps speed up the different design phases where occupant restraint systems are concerned. For instance, it enables greater collaboration between the different departments involved in the development, such as safety, cockpit and seat design. Performing airbag simulation in an early development phase improves the entire process, and strengthens common interests.

The major benefit of simulation is that we have a reproducible workflow keeping in details the influence of one or several parameters. With Sim-Folder, when we change one folding sequence, we can run the entire process again and obtain a folding variation overnight instead of one week for curtain and driver airbags.

Audi engineers perform the complete airbag process in simulation, including folding, assembly and deployment with the Finite Point Method (FPM).

Audi’s main objective is to obtain with simulation a quick preview of folded airbag models featuring folding pattern variations in order to investigate in detail their deployment behavior.

They start by setting up the folding sequence in Sim-Folder. They then use PAM-CRASH, ESI’s structural crash application within ESI Virtual Performance Solution, to do the folding simulation. Next, they add the airbag to the car model (including the cockpit, the windscreen, the chassis and the dummy).

The positioning of the dummy and the inflator characterization, are completed using Audi in-house tools, which provide the input for the accurate deployment simulation using FPM.

Before using simulation for the folding process, estimate how much the numerous parameters would influence the test results was very difficult. With simulation, engineers can track the detailed influence of one or several parameters and the experimental tests can be performed accordingly. Thus, combining both simulation and experimental testing, they are able to assess the quality and robustness of their airbags, as well as predict parameters that will impact the dummy loads.

Replacing physical airbag prototypes with an end-to-end virtual prototype brings competitive advantages. Not only are Audi engineers able to save time by making quick decisions on the airbag design but they also reduce cost by decreasing the number of tests performed. The entire airbag development process is improved.

Acknowledging the benefits of these new assessments in airbag folding and deployment, Audi has recommended this integrated CAE method be included in the safety technical requirements of all new car projects. At Audi, Sim-Folder plays a key role in that virtual process.

Audi continues to develop projects with Sim-Folder on the side airbag and the knee airbag.