ESI Group, pioneer and world-leading solution provider in Virtual Prototyping for manufacturing industries, is proud to announce that MECAS ESI, the Czech subsidiary of the group, has been awarded “Company of the Year” by the Czech Automotive Association, AutoSAP. 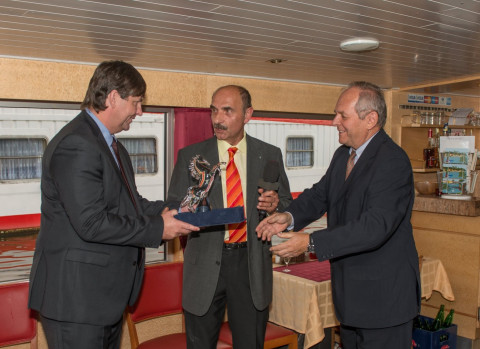 Founded in 1989, the Automotive Industry Association (AIA) represents the interests of the Czech ground transportation manufacturers, their suppliers, other companies and institutions involved in the Czech automotive industry.

This award highlights the contribution of ESI to the successful development of the Czech automotive industry during the past two decades. ESI Group started collaborating with leading Czech carmaker SKODA as early as the mid 90’s; supporting the fine-tuning of the crash performance of the first generation ŠKODA Octavia. These were the first industrial scale crash simulations performed in the Czech Republic.

In the following years, ESI started working with the Czech Vehicle Research Center and several of SKODA’s suppliers, including the design company Swell and the engineering services branch of Evektor. ESI also initiated long-standing relationships with highly regarded Czech Universities such as the University of West Bohemia in Pilsen, and the Technical University of Liberec.

In 2001, ESI acquired its Czech distributor, Mecas, and created the local subsidiary MECAS ESI, based in Pilsen. This new entity became responsible for the development of the Group in the whole of Eastern Europe.

Initially focusing on crash performance, ESI’s work in the Czech Republic soon included stamping simulations, enabling material properties and the chained effects of manufacturing processes to be taken into account when building Virtual Prototypes. From this start, MECAS ESI progressively expanded the scope of their competencies, which now include advanced CFD (Computational Fluid Dynamics) simulation services.