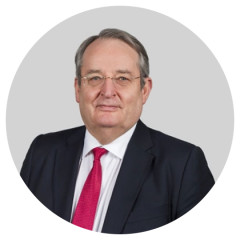 Board member since July 1st, 2004. Member of the Strategic Committee and member of the Technology and Marketing Committee.

Vincent Chaillou holds a PhD in civil engineering from the Ecole des Ponts et Chaussées (1973) and an engineering degree from Ecole Polytechnique (1971). Before joining ESI Group in 1994, he was General Manager of the AEC business unit of Computervision for worldwide operations (which has now merged with PTC). During his 16 years with Computervision, he served several management positions in sales, marketing and general management, specifically of Asia-Pacific. From 1994-1998, he was Regional Vice-President for the American territory within ESI Group, and since May 2004 President and CEO of ESI Software India and ESI US R&D. 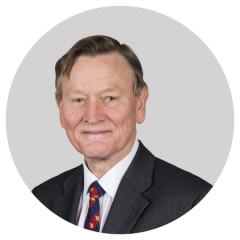 Dr Christopher St John holds a Ph.D. in civil engineering from Imperial College in London, England.  Prior to joining ESI Group in July 2008, Dr Christopher St John served in several executive roles at MSC.Software, including head of their Operations in Europe and later in Asia Pacific. He brings 30 years of experience in general management in the CAE and enterprise simulations software industry.

Mike Salari holds a Bachelor and Master’s Degree of Science in Mechanical Engineering from The University of Oklahoma. He joined ESI in December 2008 upon the acquisition of Mindware Engineering, a high-end CAE engineering service provider with offices in the United States, Germany and India, which he founded in 2003.

Mike Salari started his career in virtual engineering in the early 1990s. Since then, he has been working closely with OEMs and their suppliers in various industries to develop and implement simulation based innovative solutions to improve product design and development. He was one of the partners and VP of Operations at ICEM CFD Engineering, when the company was acquired by ANSYS in 2000.

Corinne Romefort-Régnier is Corporate Governance and Financial Communication and oversees all practices and principles that guide ESI business and ensures its accountability to its stakeholders and facilitates the flow of information. In her role, she is also the secretary of the Board of directors and the Group Executive Committee.